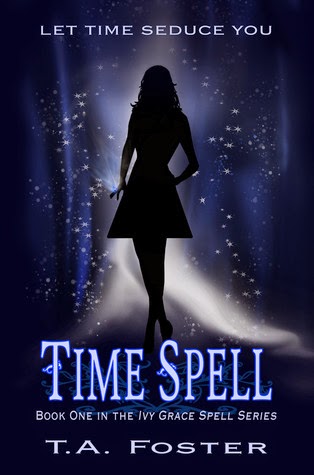 Ivy Grace is learning that magic--and love--are all about the right timing.

Follow the adventures of this spirited young Southern woman as she embarks upon a successful new career writing novels and movies that explore romantic mysteries of the past.

Ivy, a witch who spends her days practicing her brand of good magic in a sleepy little city, often travels back in time to observe events of yesteryear and turn them into compelling stories for her modern-day fans. But as her uncanny ability to weave enthralling historic tales lands her in the limelight, she quickly finds that fame sometimes comes with a price.

Evil forces now know who she is and threaten to reveal her family’s most sacred magical secrets.

With the help of her ruggedly handsome editor and a sexy supernatural ex-boyfriend, Ivy must unravel history while fighting to keep these ominous forces at bay.

Will Ivy be able to make the ultimate sacrifice for the people she loves the most?

I received a copy of this book in exchange for an honest review.

I had a bit of a struggle through the first 30-40%. It wasn't an issue of the quality of the book per se, because I did really enjoy it quite a bit, once I got over that hump. See I'm the type of person that, when I'm reading, I don't feel the need to have every last detail described to me. There are times, like with the beginning of this one, that I feel like I'm being bombarded with description and not all of it relevant to what's going on within the story. I don't need to know the placement of every whisker in the scruff of Frank's face or what he ate 5 years ago for breakfast unless it's going to have a major impact on the story. Of course there is no Frank in this book that was just a silly, stupid example of what I mean. Not everyone is going to agree with me on this one and that's fine we're all entitled to how we feel. It's just for me sometimes less is more you know?

Once I made it through and got over that initial irritation the core of this story is really pretty fascinating and fun. I always love a good story about magic and I think the way that magic works in this world that the author created is pretty great! There are certain magic spells that all witches can work, then there are those that they can teach each other and some will get it and some won't and then there are special magical spells/gifts that are unique to the individual witch. Ivy's is what she calls a Time Spell. I loved the concept of this gift she has. Open a doorway to the past and witness some exciting moment from the past. Ivy then takes what she witnesses from using her gift to spins it into an exciting mystery book.

Though when she goes back and sees something that, when I was reading the event unfolding, I swear I felt like I was watching this awesome film noir scene play out before me, or for Ivy I should say. She's always very careful not to do anything to disrupt what's going on around her or leave any trace that she'd been there. Though with the subject of her latest book turned movie she soon finds out that, by something beyond her control, her presence in the past didn't quite go as unnoticed as she thought it did. Not only did she put herself in danger but the lives of her family and her editor Jack's as well. Because the book she wrote was a story that at least one person didn't want to be told. I was completely pulled into the events from the past and trying to solve where things went wrong before Ivy herself did! It was so much fun to read.

I enjoyed the characters quite a bit. Ivy was funny and clever, brave and clam in the face of danger on the outside, even if on the inside she's shaking like a leaf. She was everything I would expect of a modern day witch. Then we have her editor and the man she's been pining for the last 2 years, Jack. He's very serious and logical, stoic I guess you could say. He gets pulled into the danger Ivy's Time Spell trip caused and for a guy who gets thrown head first into the world of magic, I think he takes everything pretty well. Instead of running and letting her flounder and figure things out on her own he puts his trust in Ivy and works with her to find the mysterious person threatening them. We also briefly meet Finn. Finn is Ivy's ex and there's just something about this guy that I don't trust. I don't know everything yet but he just feels shady to me. I guess I'll see in future books, I may be eating those words!

From the beginning with the prologue, which filled me with promise of danger and mysterious things to come I knew I was going to be in for a fun ride and I got those things and more. There's a touch of romance here and there but unlike a lot of New Adult novels these days where people are constantly tripping and falling into bed, this book wasn't overwhelmed with it. It was just the right amount to add interest to an already really good story, which in the end, I loved reading. 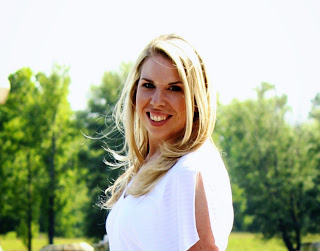 T.A. Foster is a Southern girl whose heart and spirit are connected to the beach. She grew up catching rays and chasing waves along the North Carolina Outer Banks and now resides in the state with her adventurous pilot husband, two children and two canine kiddos.

Her long love affair with books started at an early age and as soon as she was able, she transformed imaginative stories into words on paper. Time Spell is T.A.’s debut novel, and the first in a series about a very adventurous, clever, and magical girl named Ivy.

T.A. has an undergraduate degree in Journalism and Mass Communication from the University of North Carolina at Chapel Hill and a graduate degree in Educational Psychology from Texas A&M University.  When she’s not chasing her two-legged and four-legged children or trying to escape for date night, you can find her reading, writing or planning her next beach trip.