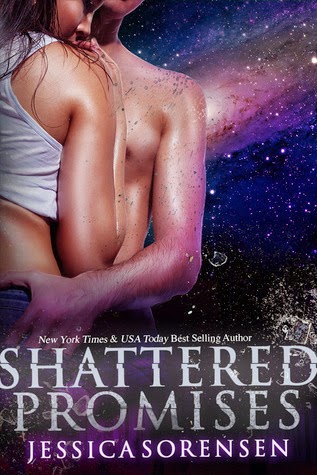 For twenty-one year-old Gemma, life has never been normal. She knows nothing about her past and has been haunted by the same monsters in her nightmares for the last few months. Unemotional and numb to life, she feels disconnected from everyone. Until the very first day she cries. After that, nothing in her life is the same.

Her emotions slowly surface and she starts experiencing love, happiness, and anger, feelings she never knew existed. But they leave her confused and she doesn’t know whether to embrace them or run away from them.

Her life only gets more complicated when she meets Alex. Sexy, arrogant, and secretive, Alex can get under Gemma’s skin like no one can. Yet she’s drawn to him by an invisible connection she has no control over. She’s also seen him before. In her nightmares.

Every part of Gemma’s mind is screaming at her to stay away from Alex, but every other part of her is begging to get close to him. But the closer she gets, the more she realizes Alex knows more about her than he originally let on.

As secrets about her past unravel, Gemma’s life becomes threatened. She needs to figure out what’s going on, before she winds up dead. But the only person she can turn to for answers is the one person she isn’t sure she can trust.


**Mature Content Warning** 17+ for language and sexual content.
(A re-imagining of The Fallen Star told as a New Adult Paranormal)

As it states this is a reimagining of her YA series  The Fallen Star. I absolutely love the fact that she's started doing this for a couple of her YA series. While I'm not saying that there's something wrong with them I really enjoy those for the genre that they're in. They're great! But it's also just as fun to hear these stories on a bit of a higher level. Instead of being in high school, they're in college so the age level is different. The situations are different. More mature. Some parts are the same along with the dialogue which is cool but there is still quite a bit of a difference between the two enough to make it feel like a different series. (To me..)

I love the characters. They're so full of life and emotions, struggles, wants, needs, desires. Gemma just struggles with emotions in general having not felt a thing for 17 years. Nothing. No happiness, sorrow, anger...anything. And her reactions to situations are very fitting for someone in her position. She really grows emotionally as the story goes on, with everything she has to deal with. And Alex, as he is described by Gemma in the book as being hot one minute and cold the next, as if he were bipolar, it's kind of how I feel about him. There are times I'm rooting for him and times when I just wanna scream at Gemma to just run! *sigh* and then of course I have a major soft spot in my heart for Laylen :) Maybe it's the whole  vampire thing, but I simply adore him.

This book has the perfect ending. I know if you've read it you're probably saying to yourself right now "what on earth is she talking about?!" Trust me I'm right there with you. Cliffhangers suck! They drive me crazy. All this build up and then you're left at the end thinking, "are you kidding me? You stop there???" But that's just the point. It leaves me dying for the next book. Which I so very much am. And the thing that sucks is... this one JUST CAME OUT. Fractured Souls, the next book in the series is expected to publish in June...that's like...SO LONG. *Siiiiiiiiiiiiigh* Oh well that just gives me extra motivation to finish the YA version of this story line :D


Truth be told, the whole reason I started reading the Fallen Star series was due to a teaser that Jessica Sorensen put up from this book back around the beginning of February, you can find that teaser here to avoid spoilers if you don't want them, but it was the first teaser I had seen for Shattered Promises and I was quite literally needing to fan myself after seeing that. I had Fallen Star in my NOOK already for a while, but other books kept getting put in front of it...it kept getting shoved to the back of my pile. But once I read that teaser, even though it was going to be a YA version and a bit tamer than this one, I immediately started reading it. And even though I haven't finished, yet, I'm totally loving both of these series. I mean I know basically they're the same thing plot wise but they're both told in a very different way and are equally satisfying. June cannot get here fast enough!!