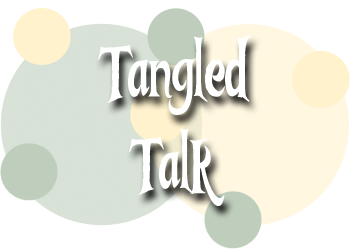 What have I done??

I thought I had my review/blog tour TBR pile under control. I mean I was slightly worried when, on October 6th, all but maybe one of the Entangled ARCs I requested were approved and sent to me. Sure they're to be published on the 20th and I know they say they like the reviews up within the first week so I had plenty of time but I don't like to wait. I prefer to get them posted by their release day. It's something I find very hard to bend on internally. But I thought 8 books in 2 weeks...that's totally doable...I got this!

Sure I already had 2 books for a couple blog tours that I'm scheduled for on the 31st but one is already 3/4 read and the other one 1/4 read.

I've still got this!

Another email and 2 more blog tour ARCs for November 10th.

"Oh yeah I remember signing up for that!"

"Uh oh the other 2 books for said tour will be coming shortly..."

I've still got this?

Another email and ARC set for November 3rd.

Hey remember that blog tour for that trilogy you were interested in? Well here are the ARCs for those! Oh and it's on the 31st as well.

GOOD LUCK!
(I realized after that I'm only up for the first book on the tour but was sent the other 2 because I was interested but still it was enough for the panic to start to grip me before I figured that out.)

I don't think I fucking have this....

What do I do to myself? It's like I've disciplined myself with the Kindle freebies that I would constantly download no matter the level of interest I had in them and have been realistic in the fact that I doubt I'll read them and have just said no. But instead I have traded that for not being able to tell myself "Hey! Slow down there chica! Don't you think you're taking on a little bit much?" Nope I just open an email and say "Ooo that looks like fun! Gimmie!!!" Without taking two freaking seconds to open my notebook and see the list that I already have piled up right fucking next to me. I mean there's another couple emails in there where I'm waiting for NetGalley to send me the email to get the ARCs that weren't even mentioned above one more for the 31st and another for November 3rd.


I mean what in the holy crap have I done? I'm spending valuable reading time typing this up I know that, but I'm just so...so...stressy... and pissed at myself that I needed to vent. Last night I watched a couple of shows to get caught up on them and I felt guilty!! That's not good.

But I don't know how to make myself stop. I feel like one of those people you would see on hoarders except to see my piles you'd have to grab my Kindle or my iPad.

I'm down 6 of those books already. Which has lifted a weight off my shoulders but the real panic sets in when I finish one. Because I won't start the next book on my list until I've written the review for the one I just finished. All I need is 3 books in to sit down to write reviews and have them all mixed up in my head. Luckily they've all been pretty good and so the thoughts have been able to tumble out of my head and onto my computer screen. But what about the next one? Or the one after that?


Do you ever do things like this to yourself? Are you disciplined enough to say "Nah maybe not this one right now but I'll get it someday in the future if I'm still that interested"? Sigh. I'm crazy I know. And I'm rambling. I know I'll get them done but I seem to always let a few minutes take over where I allow doubt to seep in. If you read this whole thing well holy crap thanks for letting me vent but I'd have understood if you closed it right away haha.  As for now... it's time to shake it off and dive into the pile.

I took a few extra minutes to find all those gifs because 21 Jump Street was on FX and I was procrastinating reading so I could finish watching it. And I'm guilty again. Haha. Sorry for all this. Hopefully I'm not alone but it's understandable if I am. Oh well Light Her Fire is calling my name! At least it's a Brazen so I'm sure sexy times are in store. Have a great week everyone :)!!