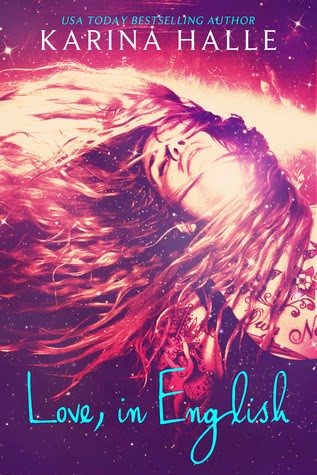 He speaks Spanish. I speak English.

He lives in Spain. I live in Canada.

He dresses in thousand-dollar suits. I’m covered in tattoos.

He’s married and has a five-year old daughter.

I’m single and can’t commit to anyone or anything.

Until now. Because when they say you can’t choose who you fall in love with, boy ain’t that the f*#king truth.

To a restless dreamer like Vera Miles, it sounded like the experience of a lifetime. Instead of spending her summer interning for her astronomy major, she would fly to Spain where she’d spend a few weeks teaching conversational English to businessmen and women, all while enjoying free room and board at an isolated resort. But while Vera expected to get a tan, meet new people and stuff herself with wine and paella, she never expected to fall in love.

Mateo Casalles is unlike anyone Vera has ever known, let alone anyone she’s usually attracted to. While Vera is a pierced and tatted free spirit with a love for music and freedom, Mateo is a successful businessman from Madrid, all sharp suits and cocky Latino charm. Yet, as the weeks go on, the two grow increasingly close and their relationship changes from purely platonic to something…more.

Something that makes Vera feel alive for the first time.

Something that can never, ever be.

Or so she thinks.

I'm starting to think that most villains aren't evil--they are just misunderstood.


Or victims of that most manipulative force: love.

From the start I must admit I was pretty scared of this book. It spells it all out for you in the summary with the he's married bit. That's a whole line that I just never want to cross. I don't want to see it in the real world and I definitely don't want it to be part of the fantasy, the romance, the love stories in these books I love getting lost in. It obviously didn't stop me from reading it, the book has a lot of high reviews and praise so there had to be something here. I was curious as to whether or not this book and these characters could take me to those places and not lose my interest completely. I may only have a few jagged pieces of my shattered heart left over after finishing but the answer is yes, yes it could.

I did love this book more than I'm sure I'll be able to express but that doesn't mean that it wasn't hard to read. I went through bouts of being disappointed in myself when things were innocent and harmless and internally I would think about how all I wanted was for one of them to make a move and steal a kiss or something. It was a very confusing feeling to have had part of me rooting for someone to have an affair. I mean cheating is usually my big no, the thing that I find it nearly impossible to get past and here I was excited by just the idea of something happening with these characters when there wasn't.


It runs people into the ground, makes them behave like moronic, immoral beasts, before it dances off, leaving destruction in its wake--hearts blow wide open for the whole world to see.

There was the larger part of me, in the beginning, that wanted to dislike both Vera and Mateo before I even started because the thought of something happening felt so wrong. Then there was this other part of me, that started out sort of small, whose heart nearly beat out of her chest every time they spent time together, scheduled or voluntarily, in anticipation of all the what ifs. Slowly as I read on that part grew larger and larger and started to take over.


I might have been the villain of my own story. But I was the hero, too.

I loved both Vera and Mateo deeply. They were so complex and kept me guessing as to how they were going to react to everything they came up against throughout the whole book. Vera's growth from beginning to end was just perfect. I had so much respect for her in the end and how she tried to deal with the consequences from the choices she made. She was a lot tougher than I would have been that's for sure.


My heart did a funny little flip. Damn his accent. And eyes. And everything.

And Mateo, ay Dios mío muy caliente! (If I got that wrong I apologize it's been too many years since high school so my Spanish is a little lot rusty haha!) I suppose I went into this book with the assumptions that he was going to be this slimy, sleazy guy trying to get into the younger, and probably more vulnerable, girl's pants. Well you know what they say about assumptions. You can't help but to fall for this guy. He's charming and sweet and powerful and passionate. And if all that's not enough...He's. From. Spain! You can't tell me that's not sexy.


Love, that ultimate villainess. She makes examples of us all. And yet we still come back for more.

I am so glad that I let the reviews sway me on this one. It truly is heartbreaking and beautiful. It's not an easy love story, it's messy. It will lift you up to some extreme highs and it will pull you down to some really low lows only to turn around and bring you back up again. I enjoyed every minute of it. Even when my heart was breaking. I can't wait to pick up Love, in Spanish, I definitely need more Mateo in my life!