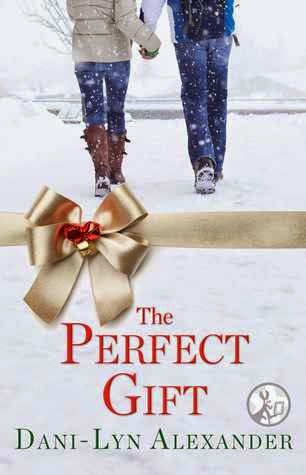 The Perfect Gift
by Dani-Lyn Alexander

It’s the season of second chances in this heartwarming, contemporary holiday romance where two single parents find each other—and another chance at love—in the most unexpected of places.

’Tis the night before Christmas…and businessman and single father Jason is scrambling to find the dollhouse of the season for his seven-year-old daughter Emily. But when he finally strikes gold at an obscure toy store, he’s met with resistance—literally, as from the aisle across from him a beautiful woman named Leah is grabbing onto the dollhouse box with similar intent, determined to get the same Christmas present for her own daughter.

Desperate not to let the other win, Jason and Leah forge a pact: stay together until they find the same dollhouse at a different toy store. It sounds simple, but ten stores and many hours later, they still come up empty. They might not be finding another dollhouse, but they sure are finding a lot to talk about and, as their mutual attraction grows, the unlikely pair finds the greatest holiday gift of all—love.


Dani-Lyn Alexander lives on Long Island with her husband, three kids and three dogs. She loves spending time with her family, at the beach, the playground, or just about anywhere. In her spare time, which is rare, she enjoys reading and shopping—especially in book stores. Some of her favorite things include; Bernese Mountain Dogs, musicals, bubble baths and soft blankets. She’s an incurable insomniac and has an addiction to chocolate.