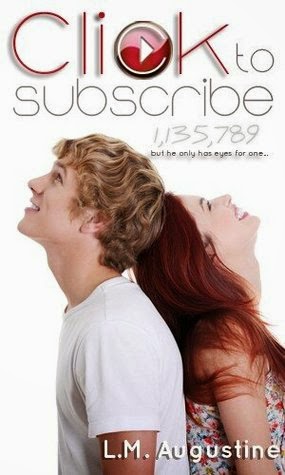 1,135,789. That’s how many subscribers sixteen-year-old West Ryder has on his web vlog series. But he only has eyes for one of them.

As one of the internet’s most prestigious video bloggers, West talks about high school relationships under the name “Sam Green.” As far as he knows, no one from school, not even his best friend, Cat, has seen his videos. But the highlight of the whole thing is Harper Knight, who comments every day at exactly 2:02 in the afternoon. He doesn’t know anything about her aside from the occasional deep philosophical messaging on why pizza tastes so delicious, but as stupid as it sounds, he might be falling for her. So when they finally agree to meet in real life, West’s hope for romance seems more and more in reach. But that all changes as soon as he arrives at their meeting spot and sees Cat walking toward him, wearing the same “I ♥ Sam Green” T-shirt Harper promised she'd have on.

To his alarm, West realizes he is falling in love with the best friend who has always been a sister to him.

It is...*checks*...43% and I feel it's time to go ahead and call defeat on this one. Which is disappointing because I really wanted to like this book. The summary sounded cute and promising. Especially since after books, watching vlogs on YouTube is one of my other addictions. My teenager and I have a sort of mother/son bonding time I guess you could call it nearly every day over them so I was pretty excited by this whole concept. Sadly though, the execution fell flat for me.

I had one major issue with this book. West Ryder. Okay, I want to stress that if any of this comes off mean it was the furthest thing from my intentions. I'm just calling it like I, personally, see it. So...in my honest opinion, as the mother of a 17 year old boy, who has plenty of 16, 17, 18 year old male friends (so obviously I've been in the war zone plenty), West Ryder comes off as being written by someone who's never been around a teenage boy. Ever. Harsh probably, but that's the vibe I feel from him. His mannerisms, his dialogue (both verbal and internal) sound more like an angst filled teenage girl. I mean honestly if it never came out and said that we were in West's POV for this book and just had to guess...I'd have said the POV was female. And it wasn't just me. I gave my Kindle to my kiddo to read over some of the first few chapters without knowing why and his reaction was basically "it's just weird...." With some confused looks mixed in.

Something he said a lot. How fabulous and amazing he is. Yes, I get that it was all in a joking way because West was far from confident. But it was all the time and just got to be too much, when you hear the same joke over and over again it becomes less funny...especially when to begin with, it wasn't even that funny.

At one point early on, when meeting "Harper" for the first time in person, West is going through typical nerves as he goes through possible scenarios in his head about her possible reactions to him, how they'll greet each other, what he should say etc and one of the first things he thinks about when telling her how he feels about her is about loving, marrying and having kids with her. HE'S A FREAKING SIXTEEN/SEVENTEEN YEAR OLD BOY!! I'm so not joking...

I'm sorry but the LAST thing to pop into a boys mind at  that age are marriage and babies. Come on...

I think I'm just going to leave off here. I've not set out to trash anything and I feel like if I keep going I'll just start sounding worse and who knows maybe it got better? I just had an extremely difficult time getting past the MC and taking him seriously because he just didn't feel believable to me. I'd like to give this author another go in the future in hopes that Click to Subscribe and myself just didn't have the right chemistry. I'm hopeful. The concept of this book was great, like I said it was all in the execution.