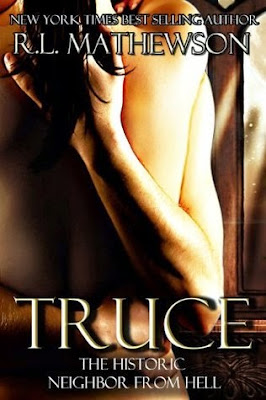 Elizabeth knows what’s expected of her, perfection. She’s the daughter of an Earl and expected to marry well, say and do the right things with a smile on her face when inside she's dying for a chance to escape. Thanks to an inheritance her godmother left her years ago, her chance will come with her next birthday. Her hopes of escape abruptly end when Robert, her childhood nemesis that she hasn't seen in over fourteen years, comes back into her life and does everything he can to drive her out of her mind even as he steals her heart.

At least, he tried to hate her, but it was so damn difficult to hate someone that he couldn't live without. He tried to ignore her, tried to focus on anything but her, but nothing worked. Somehow she made her way into his heart and started to make him want things that he never thought possible, made him smile and laugh even while she drove him out of his mind and started a legacy by turning him into…..

Author's Note:
This is first and foremost a historical novel. This novel is written differently than the other Neighbor from Hell books. Truce is about a man who takes everything too damn seriously and can’t let go of the past until the woman that he would love to hate comes back into his life and brings out the Bradford within.

This book was nothing short of perfection. It perfectly combines my love of both the Neighbor from Hell series and my love of Historical Romance. I was slightly nervous before starting because I am extremely picky when it comes to my Historical Romances. It didn't take but a few pages of jumping into the past to realize that I never wanted Robert and Elizabeth's story to end!

I started reading this series long before I started blogging. I instantly fell in love with R.L. Mathewson's writing style and characters. The Bradford family are truly some of my favorite characters I've read or will read in the future. They're the types of characters that have me constantly grinning as I read each book in the series. This historical edition was no exception.

I think what's made me instantly love this series is the fact that they are quirky and so full of humor on top of all the swoon worthy steaminess. The males in the family line all seem to have this laugh out loud funny food quirk where not only do they eat more than anyone you would ever meet but they're very territorial about their food as well. They will curse at each other and get into fights when food is involved. Calling each other greedy bastards and thieving bastards is very common. It's actually quite hilarious. I have no idea why the Bradfords and their loud and obnoxious behavior amuses me so but I just cannot seem to get enough of them.

The wonderful and fantastic thing about Truce is you go back all the way to 1809 in London and meet the couple who was the start to all these love/hate relationships and watch the origins to this fun family legacy unfold. Watch them go to war and then fall in love just like their future generations all end up doing. I loved seeing all that family history. I loved how in the first chapter you get a taste of Elizabeth and Robert as children and that one defining moment that turned it from simple annoyance and teasing and pranking each other to an all out hatred basically.

Elizabeth was exactly the kind of female heroine that I love to read in my Historical Romances. She doesn't follow the rules that society dictates women should be like from that era. She desires independence and she doesn't want to be under the thumb of some guy for the rest of her life. She has interests and hobbies that are frowned upon by someone of her stature. She's smart wouldn't think twice about stopping on the street to help someone in need, all the while those around her freak out and chastise her about how associating with people like that will look for both herself and her family.

I have loved all the Bradford men so far, but there's just something about Robert, the one who starts it all, well he's become my favorite. I think what it is that really does it for me with him is, in a time when most men would look at someone as outspoken and with all the desires and ideals that Elizabeth has built up for herself, well most males would be outraged or not want anything to do with someone like that. But Robert not only accepts the type of person she is but encourages her. He doesn't love her in spite of those things he loves her because of them. Plus he's incredibly swoon worthy.

Overall I can't get enough of R.L. Mathewson's writing. It's been so nice getting back into a series that I loved so much before I started blogging. I would jump at the chance to read more Historical Romance by her in the future because this one she really knocked out of the park!