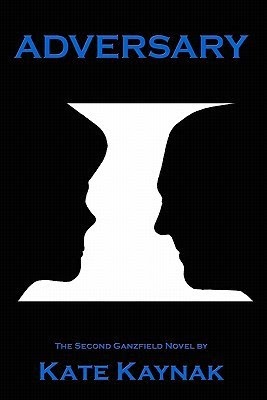 
The other minders, sparks, and charms aren't the only threats facing the people of Ganzfield. Things are more dangerous than they seem for G-positives, and not everyone will survive. Does Maddie have what it takes?

This second book in the series picks right up where the first one left off. And once again we're pulled into this exciting world of people with extraordinary abilities. This book though, in my opinion, has just a slight bit more of a darker feel to it. There's more danger, more tragedy and more loss.

I was worried, as I always am, when a first book in a series grabs ahold of me like Minder did, that the second book would quite hold up to the first. You know how it is with sequels. Well, this book did not disappoint. I can just about say, it was almost better than book one!


With a powerful enemy in the wings, tragedy strikes at Ganzfield and Maddie and her team have to prepare for rescue missions far worse than what they got Trevor free from in the first book. Not everyone who goes in, comes back out. And some of those who do, don't look like they'll ever be the same again.


Don't fret! It's not all doom and gloom though. There was just enough traces of humor and love mixed in there so that you aren't a complete emotional wreck by the end! Maddie and Trevor's bond is stronger than ever. I absolutely adore them as a couple.


This is such an amazing series so far and if it continues like it has thus far, it will just keep getting better. Must read series!!