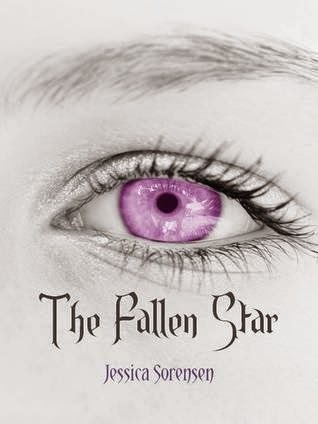 
For eighteen year-old Gemma, life has never been normal. Up until recently, she has been incapable of feeling emotion. And when she’s around Alex, the gorgeous new guy at school, she can feel electricity that makes her skin buzz. Not to mention the monsters that haunt her nightmares have crossed over into real-life.

But with Alex seeming to hate her and secrets popping up everywhere, Gemma’s life is turning into a chaotic mess. Things that shouldn't be real suddenly seem to exist. And as her world falls apart, figuring out the secrets of her past becomes a matter of life and death.

This book was unlike anything I have read before. It was refreshingly unique and I loved it. It wasn't just different as far as books go, but different from other stuff I've read from Jessica Sorensen as well. The other stuff I read from her was more serious and real but equally great as this. I absolutely love this author I think she's brilliant and this book has convinced me that anything she writes I won't hesitate to read, I just know it'll be that good.

Fallen Star started out with a great amount of tension and action but it didn't stop there. It continued on and wove it's way through even up to the end. And so much mystery! It felt like just when one tiny secret would get revealed 10 more would pop up in it's place.

The characters were great. Poor Gemma going from being 14 years an emotionless zombie to suddenly feeling things for the first time, she's a ball of confusion and fear and just so many things. And then there's Alex. I go back and forth on him. There were times when I loved him and times when I outright hated him. I think I have him understood at the end of this book, at least I'm hoping I do. Ugh, men! :D

Like I said this really isn't like anything I've read before and it was so, so good. Definitely worth the read. Be prepared to have the next book ready when you're done because holy cliffhanger endings Batman! Brilliant book. Brilliant Author!!