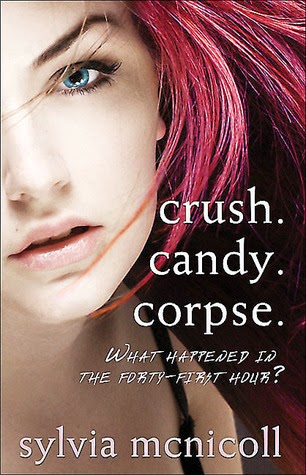 Paradise Manor is depressing -- the smells are bad and the residents are old. Sunny would much rather be doing her volunteer hours at Salon Teo, but her teacher won't let her. Who says volunteering at a hair salon doesn't benefit the community?

But working with the Alzheimer's patients has a surprising effect on Sunny. Along with Cole, the grandson of one of the residents, she begins to see that the residents don't have much more choice about their lives than she does: what they eat, how they are treated by staff, even what they watch on television. So Sunny does what she can to make the residents happy -- even if she has to sometimes break the rules to do it.

When tragedy strikes at Paradise, Sunny's left to make the decision about whether or not to honour a promise that Cole made to his grandmother about her life...and her death.

This is a hard review to write, because while on the whole I enjoyed this book I did have a few problems with it. Now it was a very short book, my Adobe Digital Editions displayed a total of 164 pages at the bottom. That's not what I had a problem with. That was fine. But the way it was written kind of gave me whiplash at times. It starts out at the beginning of her trial and then it starts jumping back and forth between the past and her thoughts of what happened at each point, back to the trial and what was being said, who was being questioned, what they were asked etc.

This volunteer work is a graduation requirement and they're supposed to put in 40 hours and keep a journal about they're hours for English class? I don't remember for certain. As evidence for the trial, her journal entries would sort of be the transition between past and present at times. There wasn't ever a smooth transition either, that would have made it okay but it was like Witness A is being asked questions and she's reacting in her head then numerous times she would say something like "..if only they would read more entries in my journal, then they'd understand" and bam you'd have a big bold title DAY 2 - 38 HOURS LEFT or some such and then a short paragraph or two for the entry where she's writing to her teacher. but then it goes right into a flashback with no warning and sometimes at first I couldn't tell if I was still in the journal entry or in the flashback.


I guess I feel like with it being such a short book there was a much bigger opportunity to make this book a bit fuller and ease the headache it causes at times, instead of the constant whiplash from the back and forth between flashbacks. It wouldn't of hurt. And the ending could have been fleshed out dramatically. It just sort of dropped off. And if you're going to stop it right there just like that..we should have at least gotten a epilogue. All this build up and then...nothing.


There were a few other items but I really don't want to give away anything about the plot and/or the characters. But none of this is to be mistaken as I didn't like this book. Because it was a good story. Had it been a bit longer and the ending tweaked just a bit it would have been a great story. It was definitely worth the read. Though Alzheimer's hasn't touched anyone in my life I have known others that it has effected. If to get a better understanding about the people it touches alone it's worth the read. I feel like it does a decent job portraying the patients and some of them are quite endearing.