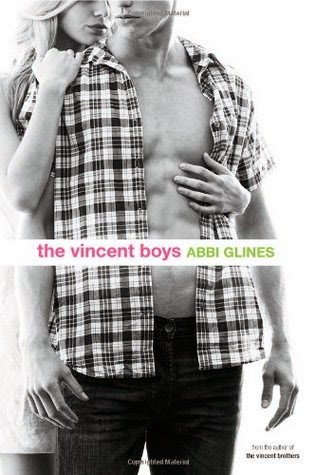 Get seduced by a sizzling account of attraction and betrayal in this previously self-published phenomenon.

There was something wicked about Beau that drew me to him. What was wrong with me? Why did I want to sin so badly?

Ashton is getting tired of being good, of impressing her parents and playing ideal girlfriend to Sawyer Vincent. Sawyer is perfect, a regular Prince Charming, but when he leaves town for the summer, it’s his cousin Beau who catches Ashton’s eye. Beau is the sexiest guy she’s ever seen, and even though he’s dangerous, Ashton is drawn to him.

Beau loves his cousin like a brother, so the last thing he wants to do is make a move on Sawyer’s girl. Ashton is off-limits, absolutely. That’s why he does his best to keep his distance, even though he’s been in love with her forever. When Ashton wants to rekindle their childhood friendship in Sawyer’s absence, Beau knows he should say no.

Ashton and Beau don’t want to hurt Sawyer. But the more they try to stay away from each other, the more intense their urges become. It’s getting way too hard to resist...

I hate this phrase to my very core. It's so cheesy and ridiculous. But there are no other words to be said after finishing this. Everything about this book, the story, the cover, Beau Vincent...everything...rocked my freakin world. I've been all over the place with books lately. Some dystopia, some paranormal and lots and lots of contemporary. But everything has been more on the young adult side of it lately. The sweet love. The tamer love. Which has been great I've read some really good books. But I needed something more. I needed a bad boy. And lord have mercy I found one.

Ashton and Beau have this uncontrollable attraction and explosive chemistry. It made for an irresistible love story that I found impossible to put down. I swear the more they tried to fight it and do right by Sawyer the steamier things got. It left me completely breathless quite a number of times. My one problem with this book? The fact that the day AFTER I bought it an extended and uncut version came out. I'm so not kidding. The. Very. Next. Day. Ahhh! Seriously though it'll be worth it to buy that one too because I definitely need another Beau fix. Geez I feel and sound like a heroin addict. Ha!

This was truly book perfection in my eyes. There was a sweet, sweet love story. Hot and steamy attraction. The gut wrenching sadness when everything crashes down around all three of them. The power of forgiveness and unconditional love and support. No matter what they all went through. And it was so well written. This was the first Abbi Glines book I've made it through and I've immediately become a fangirl. I know! I know. I'm late to the party. Forgive me.

I'm sort of nervous moving on to Vincent Brothers though. I wasn't a very big fan of Sawyer's in this book. I mean don't get me wrong he had his moments where he was a pretty great guy. He just wasn't Beau. I liked Lana though and she deserves something great. So when I do read it, it will be mostly for her and I'm sure Sawyer will grow on me eventually. I guess I'm glad I didn't buy them at the same time though. I need a bit of a breather before I jump into his story. But if it's even a smidge like this one was I'm sure I'll be blown away. Again.