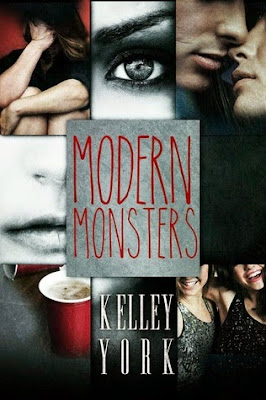 Vic Howard never wanted to go to the party. He’s the Invisible Guy at school, a special kind of hell for quiet, nice guys. But because his best friend is as popular as Vic is ignored, he went…

And wished he hadn’t.

Because something happened to a girl that night. Something terrible, unimaginable, and Callie Wheeler’s life will never be the same. Plus, now Callie has told the police that Vic is responsible. Suddenly, Invisible Vic is painfully visible, on trial both literally, with the police, and figuratively, with the angry kids at school. As the whispers and violence escalate, he becomes determined to clear his name, even if it means an uneasy alliance with Callie's best friend, the beautiful but aloof Autumn Dixon.

But as Autumn and Vic slowly peel back the layers of what happened at the party, they realize that while the truth can set Vic free, it can also shatter everything he thought he knew about his life…

Thought provoking. My brain is just a tornado of thoughts right now. Like the fact that I can't believe I had doubts that I would even like this book before I started it. It was an impulse request, one which I'm obviously now glad that I made. But still, when dealing with tough subjects, like the ones in this book, they need to be done just right for me. I don't like them made light of nor do I want them to be overly dramatic either. It didn't take but just a few pages for me to become captivated by this book and these characters. The writing was nothing short of beautiful.

I liked the fact that it was entirely in Vic's point of view. It was different spending the entire book with the accused instead of the victim. It felt fresh and new and most importantly natural. I can be very difficult to please most especially when it comes to the teenage male voice. I've struggled in the past with authors who just can't quite capture it and make it feel natural and real. All I felt was real as I read Modern Monsters. There were things that I thought were easy to predict, like Vic's family secret. But there were also things that completely shocked me and I never expected, like the true events of the night of the party.

Vic's character is instantly likable, lovable even. He's the quiet loner type of guy with a bit of a stutter, mostly when he's nervous or anxious. He's awkward and clumsy but mostly he's just this very sweet and gentle soul. I felt all of the ups and downs he went through deeply as he struggled to clear his name. I think knowing the kind and gentle person he is in a way made this hard to read and see all the people who turn on him and the things that they put him through. I kept wishing I could just shout, "he didn't do it!"

I was very surprised by the romance that developed in the book. I wasn't really expecting it, but once it slowly started to spark it was almost like a relief. A bright spot through all the deep and heaviness that surrounds the rest of the book. I say it was a bright spot but not once did it ever overshadow the main storyline or make it seem like it was being downplayed. It gave moments of happiness and hope in a story that was otherwise tragic and sad. Hope because finally someone was putting their trust and faith in Vic. It warmed my heart.

I was also very pleased with all the directions that this book was taken. I mean, the end was both happy and just gutting. It wasn't an easy end that I'd accept with a smile and then wrap it up with a neat little blow. It was the type of ending that left me thinking there was no way that I could possibly have read that right. But you know what? I'm totally okay with that. That's what made it so real. That's what left me with my emotions feeling slightly raw.

This book was so good. I could not put it down. I finished it in one sitting and thoughts about it still rattle around in my head. The writing and storyline were fresh, intense and exciting. If you like emotional books that deal with tough subjects then I really, really recommend this one. It's one that I would have no problem picking up and rereading and probably even will one of these days.