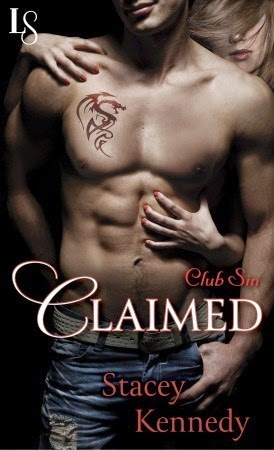 Presley Flynn is ripe to experience her secret fantasies . . . and Dmitri Pratt wants nothing more than to fulfill them. Once inside the elite Club Sin in Las Vegas, Presley is nervous but excited—and determined to surrender to her every desire. Dmitri is her Master, and his touch is like fire. With each careful, calculated caress, he unleashes her wildest inhibitions, giving her unimagined pleasure.

I received a copy of this book in exchange for an honest review. Have you ever read a book that kept you up all night? That by the time you finished it you realized that not only hadn't you gotten much sleep but you were so wrapped up and absorbed in the story that you forgot to eat? Been so captivated that you want to grab every person you see and shove the book in their face until they've read it too? Let Master Dmitri welcome you to Club Sin in Claimed. This book rocked me in ways I didn't know a book could.


I haven't really delved much into the world of BDSM erotica. I've read books with traces of it, and some of my favorite fictional men have always been very alpha male bordering on dom-like behavior. But Claimed was my first real taste of a book specifically living in that world. I was a bit nervous to ever pick up something like that. Let's be honest it freaked me the hell out! But there was something about this book. The cover whore inside of me was first pulled in by the tattooed chiseled chest on the cover and so I read the description. My interest was definitely piqued. I honestly squealed when I got the approval from NetGalley.

"If you don't follow what has been asked of you, you will be punished. If you refuse your punishment, you will be escorted from the dungeon and not allowed to return."

I was drawn in instantly into this book. It was all because of Presley at the start. She was real. She was believable. She was curious about the lifestyle, something her roommate Cora saw in her, and set up a meeting for her with Master Dmitri, owner of Club Sin. Presley was timid, shy, embarrassed to even say the word sex. She wanted desperately to break herself from this outer shell she'd projected to the world but she was afraid of letting go. Yet even when her brain would start to analyze things and kick her fear into gear there was something calming about Master Dmitri that relaxed her and demanded her trust.

An ease that he seemed to bring without much effort washed over her, and she relaxed into his hold. Besides, his touch felt...nice. Safe. His presence was as warm as the blanket around her and oddly enough, she'd never experienced such a sensation of peace.

Dmitri. Sigh. Oh Dmitri. He fulfilled everything I crave in a male character. Every bit the delicious dominate alpha male without the side effects of being an asshole. Let's face it most of the time we have a great alpha there's a side of him that can be a complete tool. This is so not the case here. He's strong yet vulnerable, he's demanding yet he cares and takes care of people he cares about, he's successful and wealthy yet he gives just as much as he receives, he demands honesty and gives it back in return. I could seriously be singing his praises all day if you let me. He's the perfect compliment to Presley in every way.

He broke the kiss, he continued to clasp her face and leaned his forehead against hers. His whisper of "Mine" slid into her heart, and she echoed the acknowledgement by whispering, "Yours."

Claimed was told in the dual POVs of Presley and Dmitri and so the first meeting between these two, from both sides, was when I truly knew I was going to fall in love with this book. It was exciting and the explosive chemistry between these two had me craving more. Every time she let her fears get to her to the point where she was ready to bolt all it took was his touch, as simple as a finger on the neck, calming words and she was grounded. The intensity and trust they found in each other as they grew together and found the different strengths they needed within each other was such a pleasure to read.

Her dark desires came alive only when she felt comfortable, and she felt that way only in his presence. His touch made her burn. His stare on her ignited something inside her. Right now she told him all he needed to know: Her submission, body, heart, and soul were his for the taking. 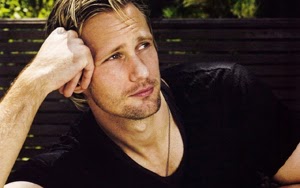