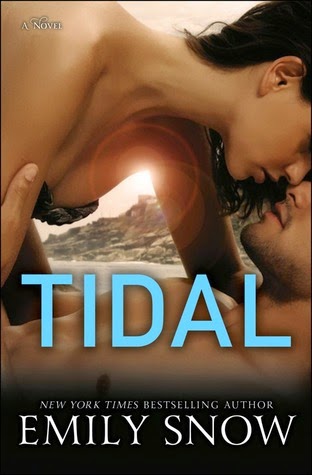 Now that Willow Avery is out of rehab, she's got one chance left to prove herself before she’s officially on every producer’s shit list. At least, that's what her parents and agent are claiming. She doesn't really give a damn if she never makes another movie or not—she just wants to get on with her life, get back to her friends, and find her next escape. But Willow is broke. And whether she likes it or not, acting is the only job she knows how to do.

When she accepts the lead in a beach drama, Willow finds herself in Hawaii. And in Hawaii, she finds Cooper, the gorgeous surfer hired to train her for her new role. With the bluest eyes she’s ever seen and the sexiest Australian accent she’s ever heard, Cooper’s different from the men she’s used to. He doesn't want to use her. And he refuses to let her fail. But when an old friend re-enters Willow’s life—a friend whose toxicity she’s been drawn to time and time before and whose presence brings about the painful memories she's tried so hard to suppress—Willow will have to choose between the girl she was and the person she’s becoming. The lifestyle that helps her forget the pain and the guy she’s falling hard for.

I received a copy of this book in exchange for an honest review. Tidal is a story of finding the strength to face your demons and take control of your life without falling hard on old habits to numb yourself from life. It's about finding the strength to embrace and let in the people who lift you up and let go of the ones who drag you down. It's about finding yourself and being able to admit and know that it's okay to need and ask for help.


Willow Avery, is an actress who, in the somewhat stereotypical teen/child actor style, turned to drugs, drinking and partying as a way of numbing herself from life. At the start of the book Willow is just coming out of a second forced stint in rehab. Though as we find eventually find out, her problems run deeper than the partying and the root of those decisions she makes, the things she's trying so hard to forget, is a very sad and heartbreaking event. Instead of giving her time to integrate back into life her parents and manager push her into taking an acting job. She's nearly broke and Hollywood isn't exactly knocking on her door after the mess she's made of things. It's sort of a last chance opportunity.

I loved her character. She's flawed and vulnerable and full of snark. She has this fierce determination to do things right this time around. But she's screwed up so much in the past that everyone in her life is just waiting for her to fall again. Yet with everyone stacking the deck against her she fights back and finds a strength and support from a surprising place.

Cooper kept his eyes attached to his menu. "Everyone knows who Willow Avery is," he said, in a quiet voice brimming with sardonic undertones.

Cooper Taylor. Blond and blue eyed, Australian surf coach. He's hired by the producers to coach Willow for her roll in the "beach drama" set to film in Hawaii. They don't exactly get off to a great start.  He lets her know that he's not the biggest fan of Hollywood types. He's got his own troubled past and secrets. Yet Cooper challenges her and has a faith in her unlike anyone else. He becomes a protective source of strength and faith.

"I know." He reached out and stroked my hair back from my forehead. "But I'll catch you when you fall."

The last thing she wants or needs so fresh out of rehab is to complicate her life with a relationship. It's been relationships in the past that send her in a downward spiral when they fall apart and put her on the self destructive path of pills and blacking everything out. But there's an undeniable spark and attraction between these two. Cooper won't give up on her and no matter how hard she tries to push, they get to each other.

"Nothing. Dammit, everything. I needed to get it out there, Wills--how I"m feeling about you. Yeah, I'm your coach but I'm also a guy and you're digging your way under my skin."

She finds other sources of support while preparing for filming. One in Miller, the bodyguard hired by production to watch over her. He's this big, burly guy with a heart of gold. She reminds him of his sister and they form an unlikely friendship and bond. The other in Cooper's roommate/employee Eric and Eric's girlfriend Paige who also works for Cooper. Both were pretty funny characters and threw in a bit of comic relief every now and then.

"I'm Cooper's roommate," he said. There was a humorous gleam in his brown eyes when he added, "I used to jack off to your music videos."

Eric snorted. "Coopers bedroom is upstairs, second door on the right. I'll totally give you guys all the condoms I've got if you take your verbal hate-fuck up there," he said, and Cooper and I broke eye contact to glare at him. "What? That's what you're doing."

Willow's struggles were very real and so were her actions through the story. It made for a very emotional read. I hurt for her, I got angry for her and I was rooting for her when obstacles were thrown her way and cheering when she made it over them. And I fell in love with the love story of Willow and Cooper. His loyalty and support, regardless of her past mistakes really melted my heart.

"When my mum died I realized that it's possible to live without someone you love."  When I asked him what he meant, he wrapped me back in his arms. "I love you Willow, but I can live without you. I just refuse to."

Overall I really liked this book. It was my first Emily Snow book and it most definitely won't be my last! A huge thanks to Touchstone for sending me this book to review!! It was a pleasure to read :)