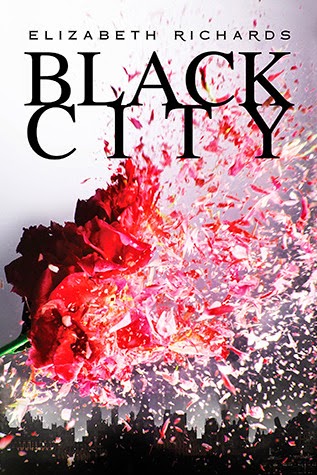 
A dark and tender post-apocalyptic love story set in the aftermath of a bloody war.

In a city where humans and Darklings are now separated by a high wall and tensions between the two races still simmer after a terrible war, sixteen-year-olds Ash Fisher, a half-blood Darkling, and Natalie Buchanan, a human and the daughter of the Emissary, meet and do the unthinkable—they fall in love. Bonded by a mysterious connection that causes Ash’s long-dormant heart to beat, Ash and Natalie first deny and then struggle to fight their forbidden feelings for each other, knowing if they’re caught, they’ll be executed—but their feelings are too strong.

When Ash and Natalie then find themselves at the center of a deadly conspiracy that threatens to pull the humans and Darklings back into war, they must make hard choices that could result in both their deaths.

This series is very likely going to become a full blown book obsession of mine. It takes two of my most favorite subjects to read about and swirls them together. Dystopia and Vampires. My inner fangirl is screaming on the inside. If only you could hear her... I found this series during one of my late night Goodreads giveaway entry binges. (I prefer these to the NetGalley ones ha!) I saw Phoenix (Black City #2) listed in the Dystopian section and the cover was so pretty I just clicked on it and didn't even look it up and...then forgot all about it. So imagine my happy surprise a couple weeks ago when I check my email and it says I'm a winner! (We all knew that though...*cough* kidding...) So I look it up and realize it's a book two in a series and quickly find book one. That's when I see those two words to the right of the page of shelves it's listed on. I didn't hesitate to buy this that same day. I am so glad!


We're sucked into a dark segregated world. Quite literally, divided with walls to section off the Darkling ghettos from the humans. With the only Darklings allowed on the other side of the wall being basic slaves. Ash being an exception as he's only a half-blood and lives with his human father. Since there's now a law, post-war, excluding humans and Darklings from being together he's become a rarity and quite alone. Until he meets Natalie. A human. But not just any human. The Emissary's daughter. *Dun dun dunnnnn* Ha! There was no love at first sight but there was some loathing.


There was a lot of division within the community. The government, the religious nuts and a majority of the human world wanting to maintain the segregation and of course do even worse. There was also quite a good number of humans fighting for unity among the races.


Ash isn't the best person at first, I mean he even starts off with us giving a not so good first impression. But there was still something about him that I wasn't ready to write off that soon. And we quickly get to see a different side of him. Even realize that sometimes people do desperate, horrible things for family and/or people they love. I could go on and on about how amazing I think Ash is. Yeah he screws up. He's flawed. I stand by my amazing comment, especially at what he does over the last 30 pages that had me sniveling uncontrollably.


On the opposite side of the tracks....literally, we have Natalie who's mother is the Emissary of Black City. So she's kind of got a sort of sheltered outlook on their world. She always seemed sort of on the fence to me, though at times she did lean more towards one side than the other and it was quite back and forth for a bit there. I think her seeming to waver was due to the fact that her house was pretty divided before her father passed. You have a high official, very political mother and her father was very much an advocate for Darklings. But her transition, actually better yet the transition of both Natalie and Ash was perfect. They were both flawed. They both made mistakes. They were vulnerable. They were real. And their growth from start to finish was huge.


The supporting cast was really good too. You had those that you loved and brought more depth to those around them. And then there were others. The ones that had me so infuriated that there were times I wanted to rip my book in half and throw it across the room! I mean this all in a good way too, I love having something stir that kind of fire in me.


Overall, it was fascinating, it was heartbreaking, it was infuriating at times. It evoked all those emotions within me that a really good Dystopian always seems to do. It was truly unique and though some stuff I figured out pretty quickly there were still plenty of things that hit me out of nowhere and all I wanted to do is scream "NO! WHAT THE HELL ARE YOU DOING TO ME?!" It definitely inspired my passionate reader side and became an instant favorite. I can't wait to open up Phoenix and dive back into this intense, intriguing, yet a little bit dark and dingy world and see where Ash and Natalie take me next.