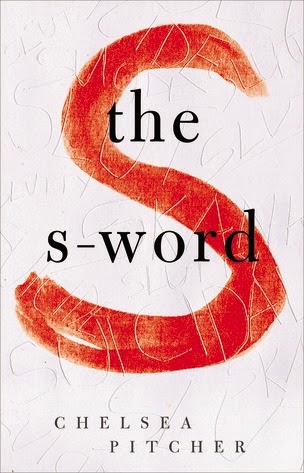 
First it was SLUT scribbled all over Lizzie Hart’s locker.

Lizzie’s reputation is destroyed when she's caught in bed with her best friend’s boyfriend on prom night. With the whole school turned against her, and Angie not speaking to her, Lizzie takes her own life. But someone isn’t letting her go quietly. As graffiti and photocopies of Lizzie’s diary plaster the school, Angie begins a relentless investigation into who, exactly, made Lizzie feel she didn’t deserve to keep living. And while she claims she simply wants to punish Lizzie’s tormentors, Angie's own anguish over abandoning her best friend will drive her deep into the dark, twisted side of Verity High—and she might not be able to pull herself back out.

Debut author Chelsea Pitcher daringly depicts the harsh reality of modern high schools, where one bad decision can ruin a reputation, and one cruel word can ruin a life. Angie’s quest for the truth behind Lizzie’s suicide is addictive and thrilling, and her razor-sharp wit and fierce sleuthing skills makes her impossible not to root for—even when it becomes clear that both avenging Lizzie and avoiding self-destruction might not be possible.

With paragraphs that were forgotten soon after reading them and awkward dialogue and phrases such as:


Plus, she's got that ass people rap about.

The S-Word has made it's way, with lightening speed, to the top of my "Can I just get the last few hours of my life back? Please?" list.

It's sad because for the most part the blurb sounded pretty interesting. I figured it had a bit of potential, I did have my doubts due to the whole sleeping with the best friends boyfriend and all the slut shaming that was sure to ensue but I wanted to give it a try anyway. I wish I hadn't.

There was just too many things that made me excessively roll my eyes while reading this book. The fact that the teenagers all hang out at a dirty underground sort of coffee shop that doesn't seem to care if they bring in flasks full of booze in with them. Classy! Or how Angie, whom if I'm going to be perfectly honest I had forgotten her name until it was mentioned again at about 12% in, fancies herself to be quite the detective and most of the time she acted like she was in a 1950s Film Noir piece. Her detective work just seemed too over the top. Her reactions and the reactions of those she "questioned" or were her "suspects" just became completely ridiculous. And because of the excruciating dialogue, like the examples above. It was hard to pick up and easy to put down.

But now I want to go back to the subject that had me scratching my head once I really thought about it. Why would people even be responding to Angie when she questioned them about Lizzie and the slut shaming? She'd ask, they'd eventually spill along with some secret or something. Why? She's just a classmate. I think had not everything else bothered me I probably wouldn't of cared and may have even found it fun. But...

When I actually did pick it up I found myself skimming quite a bit and parts that I didn't skim wound up leaving me just as fast as I turned to the next page. The only thing I didn't get irritated with and made any sort of sense to me was the random and rambling diary entries of Lizzie's. I wish I had something more positive to say but for me, there just wasn't any.