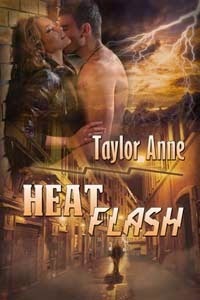 
When FBI agent Mason Black left Kendall Reed without warning, it devastated her, but she managed to bounce back. Now on the run from a maniacal stalker, she must learn to trust the man who betrayed her in the past.

Dealing with his own insecurities and secrets, Mason will do anything to protect Kendall from the dangerous lunatic terrorizing her. But the bigger threat may be the one Kendall poses to his heart. Scared of Kendall's reaction if she learns the truth about him, Mason puts his own problems and emotions on hold to find her stalker.

But when Kendall's life is threatened, he has no choice but to risk body and soul--and even his heart--to save her.

About a week ago or so a friend had messaged me to mention that a friend of hers had a book out and she was currently reading it and wondered if, when she was done would I be interested in giving it a shot and reading it as well. That whole blurb up there had me extremely interested so I agreed. And that's a huge deal. It always makes me nervous before I even start a review book. I mean what if I don't like it? What do I say? #CueAnxietyAttack. Okay, it's not quite that bad but you get my point. But luckily some of those books, like this one, will never have to have those questions answered.

It switches back and forth between Kendall and Mason's POV (third person) but, ohhhh but there's also a few little glimpses from the stalkers POV. It totally added to the creep factor and just made things that more fun to read. He seriously creeped me out!

Mason is your typical tough guy that comes from a completely broken and dysfunctional family, and in growing up in that sort of dysfunction he's afraid of becoming one of his parents. His mother in this case. And I don't know what it is but I love reading these types of guys. The ones who have this girl in their life, sometimes it's a friend or a friend's sister or I don't know it doesn't matter, the point is they would love to be with them. But never feel like they'd be good enough for them or are so afraid of messing up like they've seen happen their whole lives that they're afraid to give themselves the chance to realize that in reality...they're a perfect match. I just love it!

Kendall was frustrating in the beginning. And honestly it's not because I didn't like her. It's because she was so real. There are women out there who have things going on in their lives that they're afraid to talk to someone about it or ask for help. Kendall was one of those girls. It was a bit of stubborn independence but I also think she didn't want to be sort of an inconvenience to someone in asking for help? I don't know maybe that wasn't the intention but it's how it felt. I mean she was getting harassed by some creepy *beep*, and yeah sure it was mild little things at first, but stalking is stalking. It can only escalate. I just wanted to grab her by the shoulders and shake her a little bit and say "Your brother is a freaking detective CALL HIM" ahhh. But hey it adds to the intensity of the story and it made it more real. And look it had me yelling haha

It is such a fast and easy read. I mean when I had time to actually sit here and get into it. I messaged Taylor at one point yesterday just to let her know that "hey I'm still reading and don't worry because I'm loving and my only frustration with this book, is not having solid blocks of time so far to find out what happens next!" But those times when I did, I swear it would feel like maybe 15 minutes had passed but in all reality it was closer to an hour and I'd read about 20% more. You just really get sucked into the story.

The ending? *Sigh* Mason had me swooning. Okay he had me swooning more than once in this book. He is very yummy. But honestly the end was the best, love, love, loved it. The last chapter (not the epilogue) had me grinning like an idiot and so happy I was screaming "Thank you Mason!!!" on the inside I swear.

Thanks to both Taylor and Tara for the joint effort in getting me this book because it was a pleasure to read it. :)