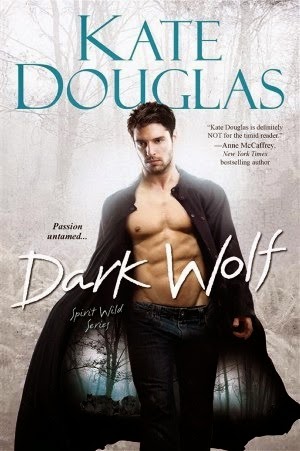 Sebastian Xenakis is still coming into his power as a wizard. He can shapeshift by magical means and runs as a wolf using the power he draws from the elements. But young women are dying—raped by a human and then slaughtered by a wolf. Suspicion falls on the shapeshifting Chanku, but Sebastian wonders if he might somehow be guilty of the crimes.

Then he meets Lily Cheval, the uncrowned princess of the powerful Chanku, and realizes he will do whatever it takes to clear his name and win her love. But evil walks where Sebastian goes, and there are mysteries neither Lily nor her father, the powerful wizard, Anton Cheval, cannot unravel. Is Sebastian the perfect mate for Lily, or is he instead, one she should fear?

As humorous as I find the fact that I'm saying this, it's pretty true, sometimes they can ruin a pretty good book with too much sex. But then again that's not even really the problem. I think had it just been... sex it wouldn't have been such a big deal. But this was all just a bit too...open, "free love" for my taste. So it just left me feeling awkward and a bit dirty. I'm far from being prudish and I love a good steamy book just as much as the next person. But the actual STORY within this book was extremely interesting to me and I found myself thinking on occasion "Okay, enough of the nakedness can we find out more about the murders please and thank you?" Bit frustrating.

But it wasn't just the excessive sexuality of the book that was frustrating, it was also, often very repetitive. When I'm explained, at great length...at least two to three pages worth of length, about the fact that Lily loved her friend Alex. That she was all but betrothed to him from the crib. Neither of them truly loved each other in the way you would a mate though. She loved him like a friend just as he loved her like a friend. The sex was good but that's all it really was. It was nothing like the instant, intense connection she felt with Sebastian. Okay see? I got it. It's in my brain. Yet Every time Alex was brought up in Lily's head or we were even inside Alex's head, I had to hear all the details. All over again. by 37% I had heard it at least four times in great detail. I may not be brilliant but I won't forget from the last 10% of the book that I just read the significance of their relationship.

I had all that detail about the inner workings of the Lily-Alex-Platonic-Love-Fiasco, yet I struggled to understand the workings of the world within this book. I think possibly this is maybe a spinoff series from Wolf Tales? I saw that somewhere when I was trying to research and understand what the heck I was reading. It was overwhelming and confusing. I'm thrown all these terms that I suppose I should just know, but really am I going to have to read 12 books of a different series in order to understand this new one? I would have liked to been clued in a bit more. Maybe just touch at it here and there at the beginning.

At one point, about 73% I thought I was going to finally start getting some answers. Lily starts thinking back to when she was a child and met the "Ancient Ones" and how they explained the Chanku history to her and she's glossing over these thoughts but not really explaining a lot to me then BAM. I got so sidetracked in the story trying to find understanding....I'd forgotten she and Sebastian were in the middle of a nice little kitchen encounter, if....yanno what I mean. I mean it goes from her contemplating why she couldn't be with him if he was a human to the very first sentence in the next paragraph being "He thrust harder." I was like what?! Oh yeah....they were-- Hmm...Which only goes to prove what I said earlier. Sometimes they ruin a perfectly good story with too much sex. :(

In a nutshell? At the end of this book I'm just as confused as I was at the start. And I feel like I need to take a Brillo Pad to my brain. I'm thankful for the fact that the storyline that I was sucked into, with all the young women being slaughtered, was fully resolved by the end of this book. Because between orgies and a couple of wolf sex scenes, oh yeah, did I not mention? Couple of them. Skipped right over those nasty bits. I'm sorry but if the idea of a couple of wolves mating is exciting to you...I just don't even want to think about it. And I don't care that they're "shifters" in wolf form. They were doing it AS WOLVES. Yeah I won't be moving on to book 2. I kind of wish I could erase this one from my head.