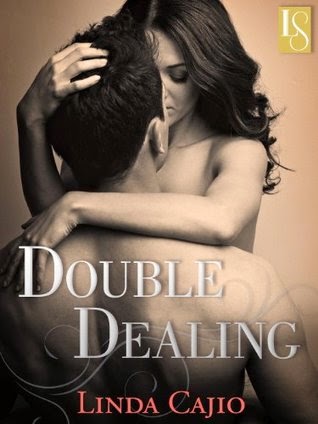 Goodreads Had a hard time finding anything official on this author

Even as he’s sneaking onto the Barkeley estate, Jed Waters knows better. This is no way for the vice president of Atlantic Developers to behave. He may remember the secret path through the hedge maze . . . he may be able to outrun the dogs nipping at his heels . . . but he never counted on being greeted by Rachel Barkeley herself. Once they were childhood friends. Now Rachel is the exotic stunner in a Shaker sweater—and the owner of the property that Jed’s company is so desperate to turn into condos.

Seeing Jed after all these years fills Rachel with a kind of delicious fear. The gardener’s son is all grown up, looking like he stepped out of a teenage fantasy. It’s not Rachel’s fault her eccentric uncle reneged on his deal with Jed, gifted her with the estate, and retired to a monastery in Nepal. If only Jed spent some quality time at the Barkeley house, he would fall in love with it and see Rachel’s side of the story . . . which is why she kidnaps him and stashes him in the trophy room. But her gorgeous prisoner has captured something more valuable than any mansion: Rachel’s heart.

Includes a special message from the editor, as well as excerpts from these Loveswept titles: Flirting with Disaster, Taking Shots, and Long Simmering Spring.

I received a copy of this book from NetGalley and Loveswept in exchange for an honest review. I'm going to be totally honest in saying I wasn't expecting a lot with this book. I was looking forward to it when I first requested it. Once approved though I pulled it up on Goodreads and noticed one tiny detail that had me start to doubt. First published in 1987...Needless to say I became less enthusiastic. Still I pulled it up the other day and got started.


I struggled at first. It was hard to get into. I mean I was interested enough with Rachel and Jed and their past and now they're on opposing sides so there was fire between them in more ways than one. But still I wasn't blown away. And then...it happened. After leaving a ball Jed is admiring the Rolls that Rachel's uncle left to her and she offers to take him for a spin. Part way into the drive Rachel gets the crazy idea that, in order to get him on her side about the property dispute, she needs to kidnap him. And that's where hilarity ensues.


I think it's safe to say. and this book backs it up for me, that sometimes secondary characters can really make or break a book. In this case they made it. Don't get me wrong Jed and Rachel are great characters themselves but the characters surrounding them really helped them to shine. From Burrows her butler, who's dead pan dry humor had me excited every time he showed up on the pages. To her three nephews and believe it or not even her two dogs provided some great laughter. The way everyone in her life reacted to her kidnapping Jed, including the man himself was just priceless and eventually made it so I found it hard to put the book down. I couldn't wait to see what would happen next.


Overall there was a rocky start, which quickly turned into a thoroughly enjoyable middle and end...well except for the last part of the Epilogue. Once a surprise visitor appeared in the Epilogue it sort of went into a "you've got to be kidding me" area. But all in all this book was so worth the read for all of the kidnapping hijinks alone.

Thank you Loveswept and NetGalley for the opportunity to read and review this book!