4 more good ones again this week!! Let's just get right to it shall we? :D 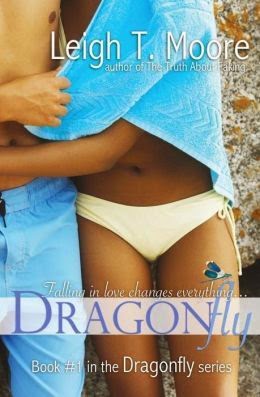 Three bad things I learned this year:
-People you trust lie, even parents.
-That hot guy, the one who's totally into you, he might not be the one.
-Things are not always how they appear.

Three good things I learned this year:
-Best friends are always there for you, even when they're far away.
-That other hot guy, the one who remembers your birthday, he just might be the one.
-Oh, and things are not always how they appear.

When her best friend moves at the start of senior year, Anna Sanders resolves to keep her head down and follow her plans through graduation. Until Lucy, a beautiful, mysterious girl, and Jack, her gorgeous twin brother, transfer to Anna's school.
The two draw Anna into their rich, extravagant life on the Gulf Coast with their distant, single father. Anna can't resist falling for Jack, even after he pushes her away.


Just when she's finally learning to be strong, Anna uncovers their father's closely guarded secret and is pulled back--this time even closer. His secret could change all their lives.

Be watching for Book #2: UNDERTOW, coming in July!

Rush promised her forever... but promises can be broken.

Torn between his love for his family and his love for Blaire, Rush has to find a way to save one without losing the other. In the end one has to be more important. Letting go isn’t easy.

Blaire believed in her fairytale... but no one can live in a fantasy.


Her love for Rush and desire to have a family keep her believing that they can find a way for this to work. Until she has to make the right decision for her and the baby. Even if it breaks her heart.

Can they find the forever that they both want or has it all just gone... too far?

Elissa used to have it all: looks, popularity, and a bright future. But for the last three years, she’s been struggling with terrifying visions, phantom pains, and mysterious bruises that appear out of nowhere.

Finally, she’s promised a cure: minor surgery to burn out the overactive area of her brain. But on the eve of the procedure, she discovers the shocking truth behind her hallucinations: she’s been seeing the world through another girl’s eyes.


Elissa follows her visions, and finds a battered, broken girl on the run. A girl—Lin—who looks exactly like Elissa, down to the matching bruises. The twin sister she never knew existed.

Now, Elissa and Lin are on the run from a government who will stop at nothing to reclaim Lin and protect the dangerous secrets she could expose—secrets that would shake the very foundation of their world.

Riveting, thought-provoking and utterly compelling, Linked will make you question what it really means to be human.

On a cool autumn night, Annaliese Rose Gordon stumbled out of the woods and into a high school party. She was screaming. Drenched in blood. Then she vanished.

Now Annaliese is haunted by strange visions and broken memories. Memories of a reckless, desperate wish . . . a bloody razor . . . and the faces of other girls who disappeared. Piece by piece, Annaliese's fractured memories come together to reveal a violent, endless cycle that she will never escape—unless she can unlock the twisted secrets of her past.

I know I'm looking forward to adding these to my shopping list. Especially Forever Too Far!! *Sigh* I still haven't read Never Too Far, I'm too mad at Blaire from the end of Fallen Too Far. I'll probably wait at this point until I have my hands on this baby!

What are you waiting on this week? :)