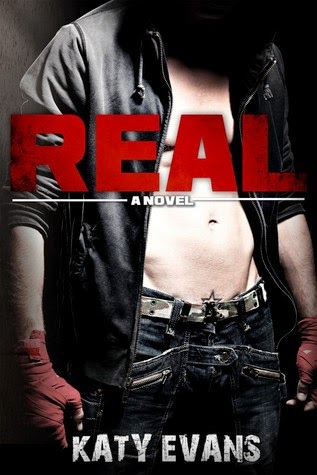 
A fallen boxer.
A woman with a broken dream.
A competition…

He even makes me forget my name. One night was all it took, and I forgot everything and anything except the sexy fighter in the ring who sets my mind ablaze and my body on fire with wanting…

Remington Tate is the strongest, most confusing man I’ve ever met in my life.

He’s the star of the dangerous underground fighting circuit, and I’m drawn to him as I’ve never been drawn to anything in my life. I forget who I am, what I want, with just one look from him. When he’s near, I need to remind myself that I am strong–but he is stronger. And now it’s my job to keep his body working like a perfect machine, his taut muscles primed and ready to break the bones of his next opponents . . .

But the one he’s most threatening to, now, is me.

I want him. I want him without fear. Without reservations.

If only I knew for sure what it is that he wants from me?

Mature New Adult/Adult Contemporary Romance - recommended for ages 18 and up.

This has got to be the most difficult review I've ever had to write. Now normally when I say something like that it's followed by reasons why said book and I just didn't get on well. That couldn't be further from the point in this case. This book reached deep down to a place no other book has touched me before. Ohh.. that sounds sort of naughty but it's true. And for the record, Remy?


I'm having problems finding the right words to express how this book made me feel. I mean I've liked books before and I've even loved books before but this one just really did a number on me. It completely surprises me too because, if I'm being honest, I didn't think I'd connect with it... at all. I saw the cover quite a while back and was instantly drawn to it. Like a moth to a flame! And then I read the blurb and deflated. The guy's a fighter? Really? Blah. That's so not my thing. And I kept going back and forth. Then one day my friend Jess posted her review and I got about as far as her saying how it devoured her soul and any resistance I had melted away. I respect her book choices and she has yet to steer me wrong.

I'm not going to lie probably 99.5% of my liking of this book is all Remington Tate. That beautifully broken mess of a man was amazing.

His lips curl and he meets my gaze. "Brooke Dumas." He just fucked my name right in fort of me.

From the first time he appears on the page all the way to the end I craved to know this guy and what made him tick. And each and every new revelation melted my heart and sometimes even broke it just a little. Who am I kidding, sometimes it broke it a lot.

"I want to play you a thousand different songs so you get a clue what...I feel inside me..."


Remy was unlike any character I've read before and I doubt I'll find any that come quite so close for a long time, if ever. He was most of the time, a man of very few words but that's all it took really to turn me into full on obsessive mode. He's 100% pure, raw alpha male.


He steps forward, and his damp hand slides into the nape of my neck. My pulse skitters as he lowers his dark head to set a small, dry kiss on my lips. It feels like he's marking me. Like he's preparing me for something monumental. That could both change and ruin my life.

"Brooke," he growls softly, meaningfully, against my lips, as he draws back with a smile. "I'm Remington."


There's so much to this guy and not once did my feelings about him waver. He's not just the sexy fighter that oozes sexuality. In contrast to the alpha side of him there's also a sweetness and a vulnerability that's so endearing. He's different with Brooke. She makes him different. Besides their sexual chemistry, which is explosive and intense, there's this peace she brings within him. One that's difficult for him to find normally.

I nod and edge back to make room for him. "Does it calm your racing thoughts?"

He shakes his head, then takes my hand and spreads it open over his wide chest, his voice textured as he traps my gaze with his. "It calms me here."


Real was definitely all about Remy for me because the more I read and got to know him, learning about his past absolutely clutched my heart and I just wanted to wrap him up in a bubble, or lets face it my arms, and protect him. Which, sadly, made me grow to distrust Brooke. She was like a ticking time bomb just sitting there able to destroy him so easily. And it killed me to have him hurting after everything he'd been through. Sigh.

Of course I know there's more to this book than him. It has a great cast of supporting characters. I loved all of them. Especially Remy's team. I mean it speaks volumes for the type of people they are that they stick by and support this guy knowing how self-destructive he can be, even if the majority of it is beyond his control. And how they protect him was just awesome.

There's no words to describe how much I heart this book. This was a bumbling attempt. I heart you Katy! And I stand by what I said a few days ago I heart your brain for creating Remy *Facepalm* How crazy fangirl was that? Sigh. I shouldn't be allowed in public. :)

"I'm so fucking in love with you I don't even know what to do with myself anymore."

Sigh.
Brought on a whole new meaning to one of my all time favorite songs ever. xx 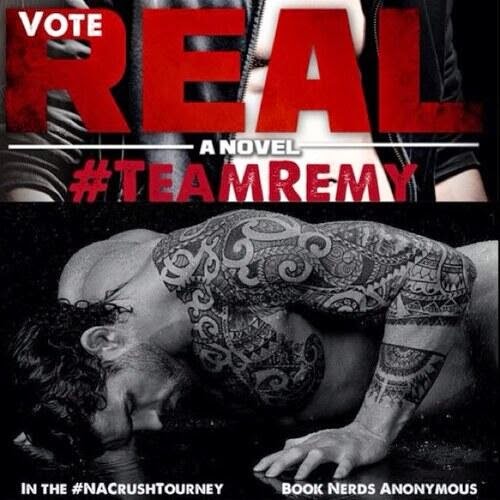